Content marketing should begin with the endpoint: What do you want to achieve and how are you going to measure success?

There’s little point in producing content and pushing it out in to the wider world without any idea how it’s performing. Marketers need to set goals at the start of a campaign and track their progress.

It’s still an inexact science, but here are the three key metrics to measure the success of your content marketing: 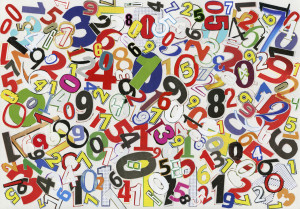 The first and most obvious metric to look at is how many people read (or watched or listened to) the content. This is very easy to measure, but the numbers only provide part of the picture.

If you compare the raw number of readers to the number of people you “reach” via traditional marketing then you’ll probably be shocked by how low your numbers are.

But take a deep breath, because there’s a good reason for that. The penetration of a radio ad, for instance, is in the tens or hundreds of thousands of people because it measures how many of them had the radio on when the ad was played. They might have been on the phone or surfing the net at the same time. It’s not a measure of engagement.

The people who are recorded as looking at your content are there because they’ve chosen to the there. They’ve found it through a Google search or clicked on a headline at a social media site or industry news site because they’re interested in the topic.

This is one of the great things about content marketing: it provides a self-selecting audience which is interested in your content, and so is open to your message.

Also look also at how long people spent consuming the content, as this is a good measure of engagement.

It’s here where the quality of the content proves paramount.

Which brings us back to the golden rule of content marketing: the content must be interesting, useful and engaging.

While the internet makes it easier than ever to access the raw number of views and shares, interpreting that data is more difficult.

Often there aren’t industry and sector benchmarks that can give you a guide to how the content is performing like there are for more traditional forms of marketing.

They key is to establish your own benchmarks. Once you’ve published a few pieces of content, you’ll start to see what performs well and what doesn’t, and can then start tweaking the content to increase views and shares.

Which brings us to the most important measure of all: improvement.

Regardless of what the raw numbers are, you need them to be rising and for your audience to be increasing. It’s a process you’ll only get right through trial and error, which is why content marketing is a long game.

Finally, have a look at how many people acted on the content. This metric obviously depends on what you were trying to achieve when you set out. It could be the number of people who subscribed to your newsletter or downloaded a whitepaper; how many people asked for product information; or even how many people went on to order one of your products.

As with the other metrics, interpreting the raw numbers can be difficult – particularly if you’re trying to do something like raise brand awareness rather than achieving specific outcomes. But think back to the radio ad – how many actions are you getting compared with what you might have for traditional push advertising?

And again, what you want to see is improvement.

As long as your success rate is rising then you’re on the right track.